This post is sponsored by Depend® Brand.. All opinions and statements are my own. 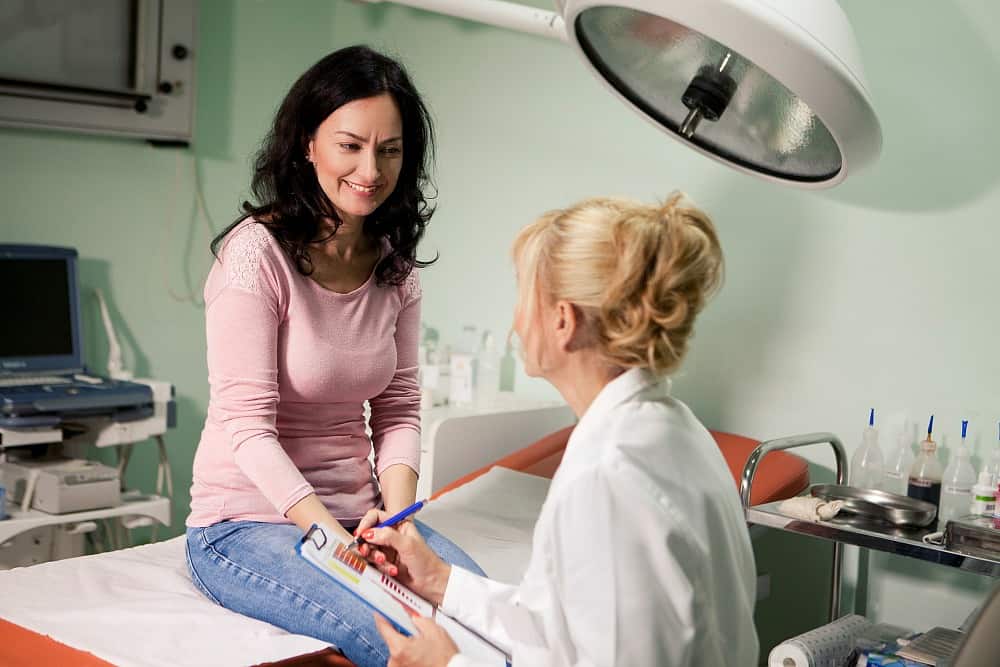 Have you ever done something with the best of intentions and it didn’t work out? Maybe you even had recommendations from people you trusted, but due to some unforeseen circumstances the situation became something else altogether?

A few years ago, my doctor sent me for specialized adhesion therapy with a physical therapist. As I’ve mentioned in the past, I have had various surgeries and carry several diagnoses that have to do with adhesions, so this was to deal with anything new that might have popped up between my organs.

The specific issues we were dealing with had to do with the removal of my gallbladder and lasting pain that hadn’t been solved by its removal. While I was there, my doctor recommended that I also do pelvic floor therapy for my endometriosis and trigger point issues with my hips (pain points that can be related to muscles deep inside the body). So, okay… I guess I was going to do both. I trust my doctor and I felt that the physical therapist (who was specially trained and chosen for these therapies) knew what she was doing. This would have been my third time doing pelvic floor therapy, so whatever. It was nothing new.

During my first session with the physical therapist, she handed me a few charts that I was to fill out over the next week. I had to record all of the food that I took in, what beverages I ingested, how long each session of urinating lasted (yes, the actual seconds from beginning to end), and whether there was any leakage of urine throughout the day. These seemed to be fairly standard charts for this specific clinic so that they could have a record of whether there was anything else to be working on. I filled these out in mid-September of that year.

While I don’t remember the food chart clearly (although I’m sure it was made up of Chipotle bowls, cheese, water, and Diet Coke), I remember exactly what the urine chart looked like. I had incontinence issues after having my children (typical pee when you laugh or cough leakage), but I had been working for years on my Kegel exercises and cutting down on my Diet Coke – which was tough for me (mmm, Aspartame carbonation…), so it was at the forefront of my brain.

My urine chart included several instances of small leakage, but nothing significant. Nothing that interrupted my life or my daily responsibilities. I could drive anywhere, walk, sit, stand, and basically do everything without much interruption.

Then I started therapy. I went once per week for about four weeks before I noticed a huge change. Suddenly, and within about a three-day period, my incontinence was ridiculous. During one of those three days, I went to a museum with my family and had to run to the bathroom every half hour or so. I wasn’t prepared with any kind of incontinence product, so the paper towels became my best friends. I had no idea what was happening and as annoyed as my kids were getting with the frequent bathroom stops, I was just as freaked out.

I went back to my physical therapist a few days later and told her what happened. She was just as shocked. I was quickly referred back to my doctor who then referred me to a urologist. I had a few fun tests in her office, and it was determined that I had to do some more Kegels to get back to normal. Mkay… not cool.

But no one had a real explanation. This wasn’t something that any of them had experienced or heard of before. So, I lived just that way for about six months, using products every day and doing my Kegels. Depend FIT-FLEX Underwear is a product I’ve frequently turned to, especially when I want to know that I’m protected in every situation that I encounter throughout the day. While adjusting to changes in my body, it’s important to feel confident and comfortable, and Depend FIT-FLEX Underwear has made that possible.

As of now, I’ve been lucky. Between my body’s natural desire to keep my internal muscles tight, the Kegels and liners, I’ve been able to recover much of the bladder control that I lost. And I’ve told my doctor that she is going to have to really convince me that another bout of pelvic floor is necessary for my body if we’re ever considering it again!

Let me be clear though – I don’t blame my physical therapist for this at all. She was doing exactly what she was supposed to be doing and in the medically professional manner that she’d been taught. I would honestly recommend her to anyone.

What I learned is all bodies are different. We all have different challenges and obstacles to overcome. Some solutions will work for some people (I have heard time and time again that pelvic floor therapy is great for incontinence!) and some solutions show you that maybe you’re supposed to take a different path.

I wonder – have you ever experienced something like this? Where you’ve done something with the best of intentions and it just didn’t go the way you’d planned? Have you ever done something to help solve your incontinence and had that happen? I’d love to hear about it!