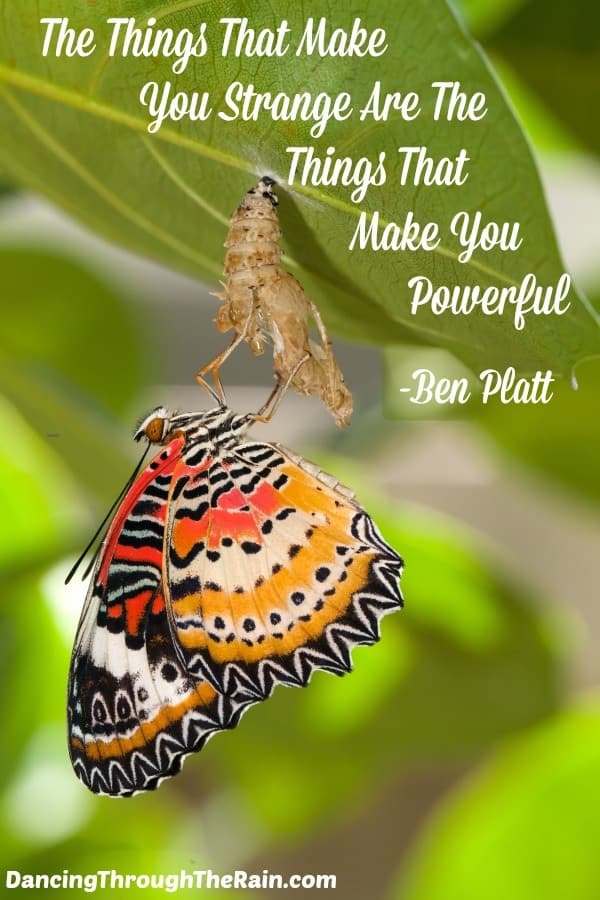 When we are little, all we want to do is fit in. We want to make friends, find similarities, and get along with others. It is what we hope for and what our parents hope for. It is important to be able to relate to other people, see what they’re about, enjoy the things that you have in common, and learn to communicate with people outside of your family. But then, we start to notice the differences. The odd quirks about us that other people don’t know unless we show them. Some people are double jointed, can wiggle their noses, finish puzzles in record time or turn paint colors into a masterpiece. Whatever your differences are, embrace them and appreciate them – because they really are what make you powerful.

In the spring of 1452, a baby boy was born out of wedlock (a big deal in those days) to a woman in Tuscany and a well respected man. He was raised by his grandparents, father, and stepmothers, who would eventually give the young man twelve half-siblings. This child had very little formal education, but quickly excelled at art. He got in trouble with the law, wrote backwards, had a fascination with things that others didn’t want to (or couldn’t) see, and gave us some of the greatest works of art and scientific discoveries that we will ever know. Leonardo da Vinci was different from everyone else, but by allowing himself to explore the things that made him exceptional, he ultimately changed the world.

Think about the things that you can do. I’m sure that some stand out more than others, but when you really think about it, what are your superpowers? Everybody has some, it’s just a matter of recognizing them. Are you an incredible swimmer? Can you devour books in record time? The little things lead to developing the larger gifts, it’s just a matter of seeing and nurturing them.

I have always been fascinated by human nature. I have loved social psychology, forensics, and case studies for as long as I can remember, and that has never let up. In fifth grade, my teacher called my parents to talk about some concerns she had in regards to the subject of a paper I’d written. It was a news report about a traffic accident with fatalities. Freshman year of high-school, I wrote a final paper on serial killer Jeffrey Dahmer. I could not have been giving my parents the warm fuzzies with these topics! It wasn’t that I was looking to experience these moments in my own life though, it was that I was fascinated by the mind and the social outcomes of events. 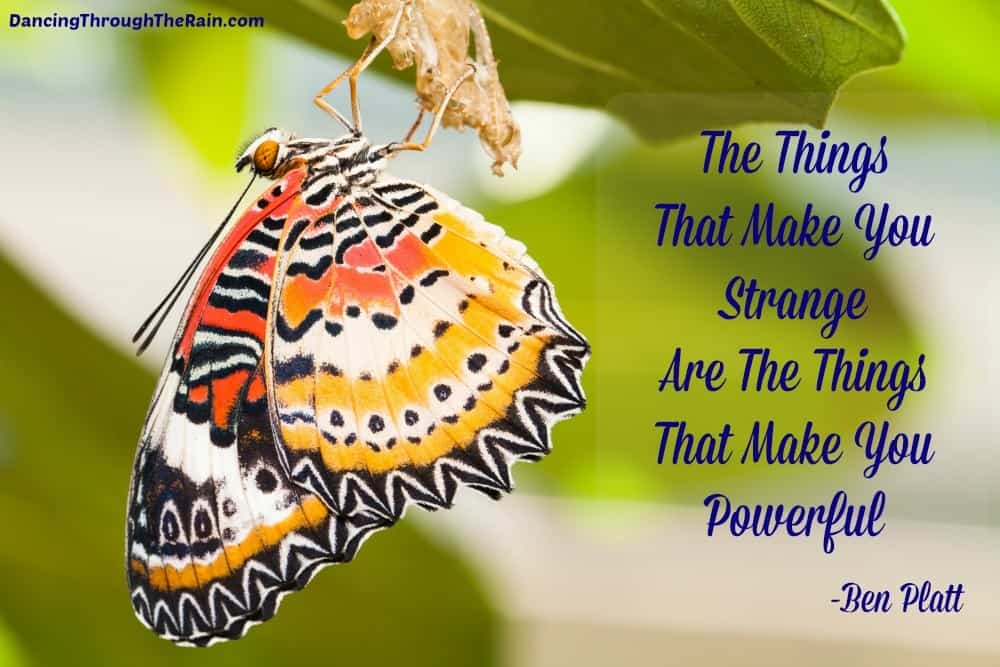 Over many years, I’ve come to the conclusion that my superpower is that people talk to me. I love that people talk to me, but it’s actually kind of become a source of amusement between me and my husband. Two days ago at CVS, my cashier (who I spent only a minute with and had never met before) told me how he grew up 16 hours from Chicago (in a town of 8,000 people), but his parents moved, so it’s a shorter drive now. He mentioned a few other personal things as well and then we parted ways. I wonder if he was taken aback at how much he told this random woman who was buying an anniversary card. I ask people how they are doing all the time – and they really answer me. I don’t get a “fine” as often as I get a “Well, today is an alright day, but my child was sick and…” I wonder if this is because they can tell that I’m really asking or whether they’ve been waiting for anyone to ask. I’m not sure exactly, but it warms my heart. I’ve also come to the conclusion that I may have missed my calling as a secret agent.

All kidding aside, if you think about the things that make individuals successful in life, there is likely a hint of what challenges those traits would have also brought about. Kareem Abdul-Jabbar was 5’8″ when he was 9 years-old. Can you imagine trying to feel comfortable while sitting in a classroom of children who were a foot shorter than you? Alexander Hamilton wrote himself off an island (a well composed, ultimately-published letter detailing a devastating hurricane) and over to the “New World” with no money in his pockets, no family or friends, and nowhere to go, only to become the first Secretary of the Treasury and one of the Founding Fathers of the United States. Women like Jennifer Lopez, Viola Davis, and Ashley Graham have helped change the standard for what women aspire to look like by helping society realize that beauty comes in all forms. And while they are all exquisite, talented women, the physical traits that make them “different” or “strange” weren’t ones that society readily accepted right out of the gate, so there was likely a struggle.

Being who you are can be one of the greatest challenges in life, but one of the most rewarding. We all feel strange at times. We all feel vulnerable. We all feel like no one can understand what we are going through. But the truth is that those differences, those oddities, those quirks – they are the gold. They are what makes us unique and special and different from everybody else. And why try to be someone else when you get to be you? Embrace yourself and all of your eccentricities! They are what make you powerful.