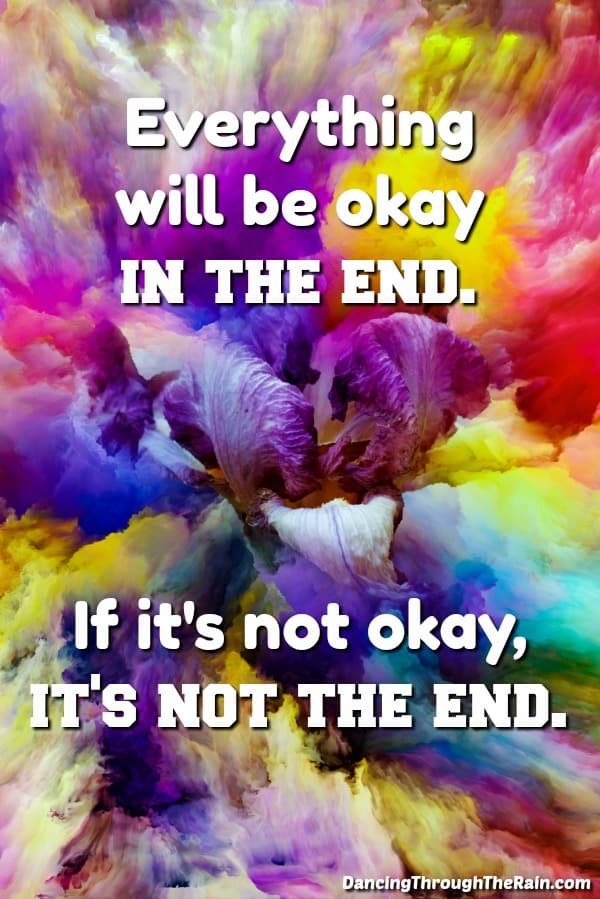 Sometimes life happens just the way we hope it will. We get to go on the date with the cute guy from English class, we nab that job we’ve been pining for, or we save up enough money to buy the perfect car that happens to be on the lot in the ultimate dream color. Sometimes it works out just like it would in the movies.

Other times, life hands you surprises. Which is the way that it always seems to be for my medical journeys. I start the yellow brick road expecting one outcome, and suddenly find myself among the Winkies instead of the Munchkins in Oz.

The surprises themselves aren’t that much of a surprise to me anymore, but they do leave me with a bit of a smile and a head shake each and every time.

I mentioned to you a few months ago that I was going to be having surgery. We were still in the planning stages at that time (you can read all about that stage of testing and my esophageal monitor “Blake”), but ultimately it was recommended that I have a stomach/reflux/hernia surgery all-in-one. One anesthesia, one recovery, one day to deal with everything. My husband and I discussed this at length with the surgeon (who we have now become very familiar with after two of my other surgeries he’s done), and agreed that this was the best course of action. Excellent.

We got to the hospital, met with a fantastic nurse who got me all ready, and waited for all of the medical staff to come in and visit. We saw the anesthesiologist, my surgeon, a number of medical assistants from different specialties – everything looked great. My blood tests and Staph swab had come back clean – we were ready to go.

My nurse put (what I call) the leg squeezers on – my favorite part before surgery because it’s a free leg massage! – and I dreamed about the cranberry cocktail that I would be able to drink shortly after the recovery room. I love cranberry juice, but I long ago decided that it was a hospital treat and not something I would typically have in daily life. When you visit the hospital for a lot of tests, you have to create rewards for yourself!

Soon, the surgical nurse came in to get me. I kissed my parents and my husband, and we were off. I tend to compartmentalize things like this, so I truly only got nervous as I got into the surgical room – which was good, because soon I’d be fast asleep.

A few hours after this, I was waking up in recovery. My abdomen and stomach hurt a fantastic amount and I was becoming aware of the things around me. I heard two nurses talking right next to me, but didn’t totally understand what they were saying. I did hear one say “the liver” and the other say something to the effect of “oh, so they didn’t.” Then I felt a shallow burp rise up in my chest and move out of my mouth. This was when I knew that something wasn’t as it should be.

It was my understanding that after reflux surgery, burping would be difficult. The idea of the surgery I was having (a Nissin Fundoplication) was that it would mostly close off the esophagus so that food could travel down, but very little (if anything) could come back up. That would include burps.

So lying there in recovery, the nurse doing her best to control my pain with medication and feeding me ice chips, it occurred to me that the nurses must have been talking about me. And why had the burp not been painful? It had been easy and as natural as the day before…

Once my pain was partly under control, I was wheeled to an individual room. My parents and husband entered a short while later and, looking at my husband’s face, I knew that we were about to have another conversation like those we’ve had after surgery in the past. It is never what either of us expect, so give it to me… I’m ready.

Here is what my husband told me that the surgeon had said – They were able to successfully do the stomach surgery. The polyps were all removed and being biopsied as planned. The surgeon didn’t feel that there was reason to be concerned about them being malignant, but you can never be sure, so we would wait for the results. (They have since come back as benign.)

They then moved to do the reflux/hernia surgery. Five incisions were made, tools were inserted, and there was a huge liver in the way. He probably didn’t use those words, but my liver was greatly enlarged, they couldn’t figure out how to safely work around it, and so they closed me up for my own health and safety.

I still cannot be on the reflux medication because it creates huge problems for my stomach, so there is a new plan. I am healing my body from the surgery now and have rescheduled the reflux/hernia surgery for January. There is a special diet that one can go on during the two weeks immediately before the surgery (a delicious menu of 4 protein drinks per day, lots of water/crystal light, and 15 different raw veggies. That is it. No salt, no pepper, no cooking the veggies. Yum.) After this diet, my liver should have shrunk enough that they can work around it to complete the Nissin procedure. After that, we look into my liver for a new adventure. It’s never boring!

It is during these times that I have learned to temper my hopes and expectations. I always believe that everything will go well, but I don’t expect it. I truly never know what the outcome will be, so I have one hope going into each and every surgery and procedure. My hope is that the universe will get me safely through so that I can get back to my children and my husband. And if my circus of a body continues to have me jump through flaming hoops to get there, I’m willing to do it.

As they say, everything will be okay in the end. If it’s not okay, it’s not the end.