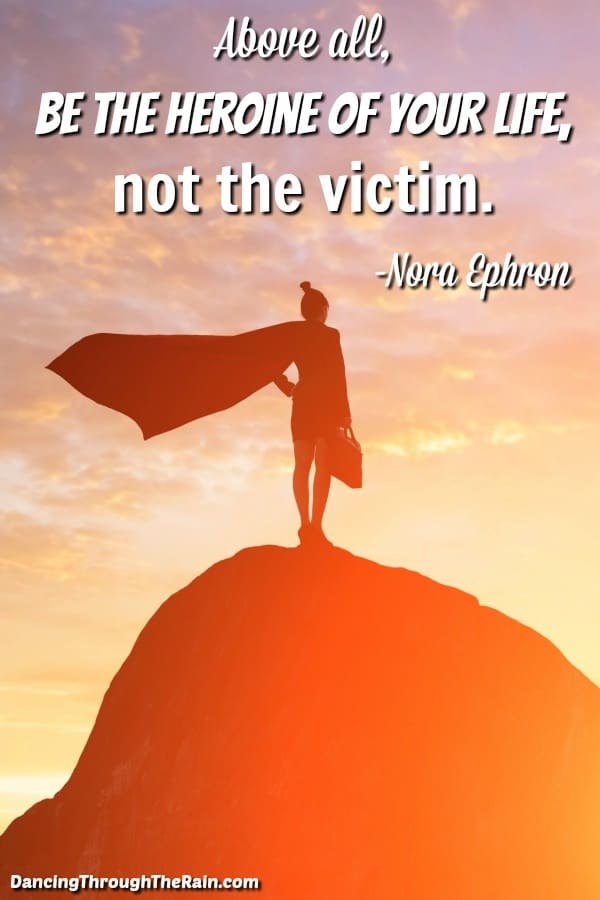 Be The Hero In Your Story

When you think of characteristics of different people, there are thousands to name. I would count myself as a lot of things (including stubborn, hard-headed, and sensitive), but there is one thing that I’ve always refused to be. Even before I really understood what the word meant, I never wanted to be defined as or seen as a victim.

I am currently on a new medical path. It wasn’t one I had planned for or asked for, but it’s here nonetheless. I have mentioned in the past that I have a number of autoimmune issues (including my Vitiligo diagnosis), random health issues and surgeries, and more. Among these adventures are my digestive collection of IBS, GERD, and esophageal spasms. They happen, I take my meds, I know what foods make them worse, and I go on with my life. Case closed.

Two years ago, I went in for a routine endoscopy. I have them every few years, so this was no different. When I came out, I was told that I had three polyps in my stomach. Not super common, but not uncommon either. I’d have to have them removed, so let’s schedule that soon. Okay, no problem. I had two additional endoscopies that year to fully remove everything and leave my stomach clean and tidy. Excellent.

Earlier this year, I went in for my “all-clear” endoscopy to make sure that everything was status quo, but they found seven more polyps. Some larger than others, all of them seemingly benign, but not a good thing. Why was this happening, we wondered.

My doctor said that these had to be taken care of by a surgeon, so I went to meet with him. His feeling was that out of the most likely reasons, my stomach meds were to blame. There is a high correlation between taking this medication and developing polyps, so let’s wean me off the meds and book the polyp surgery. Okay, I totally get it. Let’s do that.

Over the next few months, I slowly weaned off of the stomach meds. I’ll admit that I took longer than I probably could have because every step down was more painful. My reflux was out of hand and it didn’t seem to matter whether I ate a piece of bread, peanut butter, an egg or a bucket of tomatoes (a trigger food for me), it was all really bad.

My surgeon said that I could take an over-the-counter medication to see if that would help. I was sure it didn’t do a thing (I’ve since learned I was wrong!) and continued to get worse as I weaned completely off my prescription.

That was just over a month ago. I now sit here with a larger surgery on the horizon because in order to save my stomach, I have to fix my reflux permanently. If you had asked me last year, I would have said that the four other surgeries I’ve had were enough for this body and there was no reason for more, but man, was I wrong! Without comparing myself to anyone else’s suffering or physical situation, this is the pits.

Yesterday I went in to begin my last test before a potential reflux/hernia/stomach surgery. It is called a ph Bravo test and it’s actually really cool. (I do get excited by the weirdest things.) They attached a little sensor to my esophagus (fifth endoscopy in two years, baby!) and I carry around a monitor. The monitor has five buttons on it, which I press when I feel heartburn, reflux, etc. It is literally monitoring the reflux in my esophagus. (You can see the actual device – which my kids have named Blake – in the video above.) That is fascinating to me!

But here’s the thing – I count myself as so incredibly lucky. I have amazing doctors who seem to hear me, I’m have a fantastic support system, I live in an area with excellent medical care, and I can speak, express myself, walk, dance, and live. This is just a new adventure. Not an adventure I’d have chosen for myself, but an adventure nonetheless. And when this battle is over, I’ll be able to look back and know that I chose to be the warrior and not the victim.