Find a way to listen – really listen – to others and watch your relationships improve. Silence is a source of great strength. 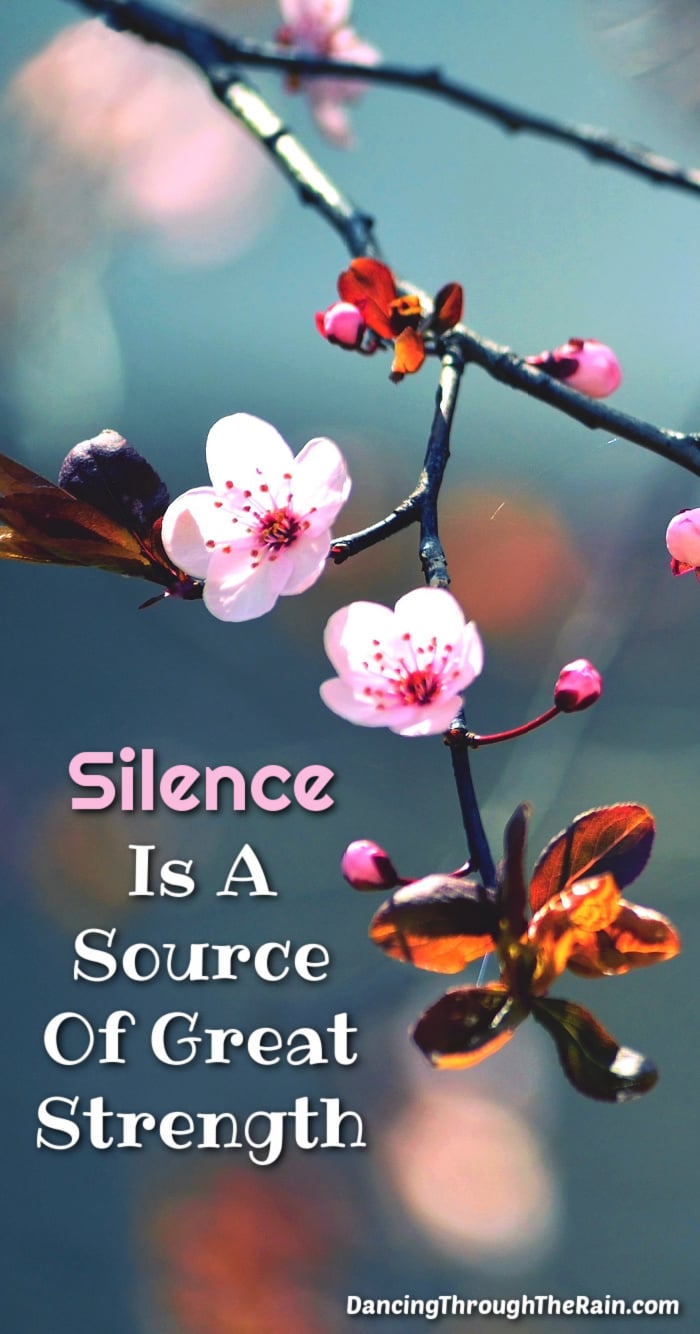 I have always been an impulsive girl of my own mind. I hear and I listen to other people, but if I think that I know what’s right for my life, I’m going to do it my way.

I have been that way since I was a little one and I appreciate very much that my parents put up with me through my childhood because now my daughter is the same way. Thanks, mom and dad – I am not easy and neither is she!

That said, my daughter is an amazing human that is going to do great things when she’s older. She’s just going to drive me a little crazy now, as I drove my parents down the exact same path.

We have a lot to say and we are both so excited about everything that excites us that it all funnels out into conversation. I love that she is so passionate about life and I love that the passion overtakes her. That said, what we are both learning (although I’m a little further in the process at 40 years old vs. her 8 years) is that “silence is a source of great strength.”

This inspirational quote that has been attributed to Chinese philosopher Lao Tzu (with some disagreement about whether he said it or not) is a commentary about having inner piece in a noisy world. It is about making a conscious choice to sit in true silence – whether in the presence of family members, friends, or all by ourselves – and either listen or have some self reflection from which to find inner peace.

It is always easy to create a commentary on something that you feel passionate about. You let your mind be known and fight hard through a conversation – whether you agree with the other person or not.

But what if you didn’t? What if you stopped talking and became a really good listener? Heard what the other person was saying – whether you agree or not – and responded when they were done, having fully heard what they said? Think about how that would impact the conversation. You wouldn’t lose anything and, at the same time, you would be making your conversation partner feel heard and respected.

Silent Times Are A Powerful Tool

When my husband and I first started dating, we’d already been friends for ten years. We met on the first day of freshman year of high-school, dated for two months, broke up, and remained friends for the next ten years.

When we each came back to Chicago from college, I asked him to go see a play with me. Neither of us knows how we made that work since we each had jobs that conflicted with when we’d have to be at dinner before the play, but we both changed our schedules and showed up.

This was my friend, but we both knew that what we had felt upon that initial high-school meeting was still there, it had just been put off while we grew up. We went to this dinner and while I floundered around trying to figure out the words to broach the topic, he sat there smiling at me and waiting.

When I finally finished saying what I was too embarrassed to say, I sheepishly looked up at him. There were a few minutes of silence (okay, it was probably seconds), and with a big smile, the only words he said were, “Go on.”

So our relationship went. We dated for a few months and I knew that this was right. At one point I mustered up the courage to tell him that I loved him. He hugged me and kissed me, but didn’t respond in kind. Which was devastating.

Did he not love me? We’d loved each other as friends for over ten YEARS – you either know or you don’t, right?? It was rough.

Another two months went on like that with me telling him that I loved him and him hugging and kissing me. Finally one day, we were walking on the beach and he turned to me and told me he loved me. He said that he had known for a while, but that when he said something, he had to know it was true.

That was a huge lesson for me and something that I love most about my husband to this day. If he has nothing to say, he is silent. He thinks his words through before he says them and if he says them, you know that you can believe every single one. There is no doubt, there is no hesitation. It is his truth.

The Importance of Silence In Business

Another powerful lesson came to me through my friend Jamie Lieberman at a conference a few years ago. She was giving a session on Mastering the Art of Negotiation in business (along with her partner, superstar Danielle Liss) and she began discussing how silence is an incredibly powerful position to take.

Most people are naturally uncomfortable with silence, so they try to fill the gaps as needed. So in this case, spending time in awkward silence is a good thing for you.

If you are in negotiations with someone (for a babysitting position, during an interview as CEO, at a bank, for a challenging career path, or a less challenging one), maintain your silence and listen as long as you can.

If you are not hearing what you want to hear (or all that you want to hear), continue to hold the silence or ask a short question to encourage the other person to keep talking. You may feel a distinct shift in the energy of your immediate environment, but stay silent and listen.

The other person often feels so unsettled by what feels like hours of silence that they will naturally take the conversation further than they meant to. It is the strongest position you can take in negotiations for anything (and completely benign), so use it when you can! Thanks to Jamie for that insight that I have found so very powerful, both in business and in life.

I have always been a pretty good listener, but I do like to talk. I think many of us do! It is part of who you are – and being who you are is the ultimate position of power. You can still be a true friend and express yourself.

That said, if you can try to hear people – really hear what they are saying – you will find yourself strengthened. Block out all of that noise pollution and get out of your comfort zone. It is good for your overall health and there are many emotional benefits as well.

I am a much different woman than I was fourteen years ago, mostly due to the example of my husband. When I speak, I want to mean every word. When you speak, I really want to know what you’re saying. Not what words you are using, but what you are trying to convey. You’re excited, happy, scared, sad – all of this comes through if one is really listening. So try out some silence if you can. You’ll find a power in it that you never knew existed. 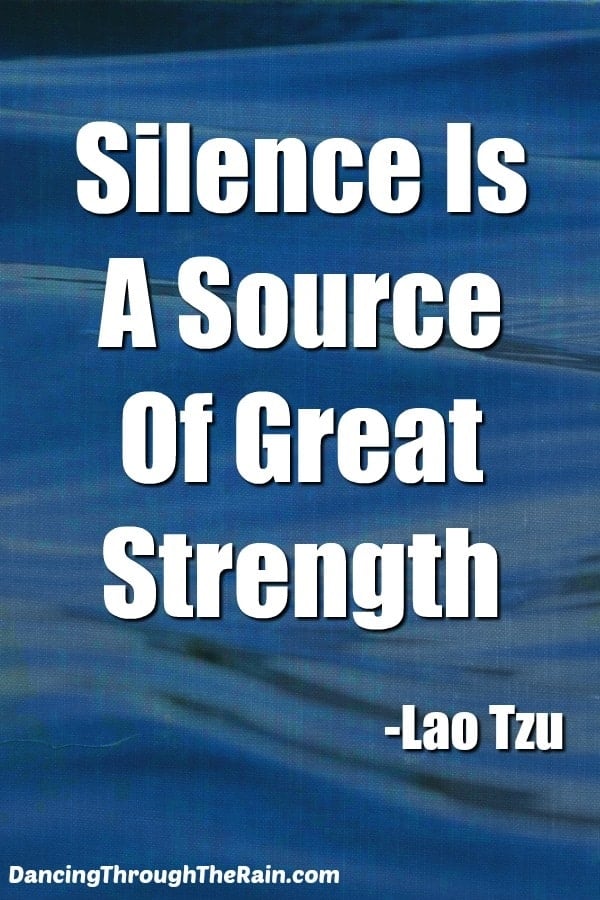