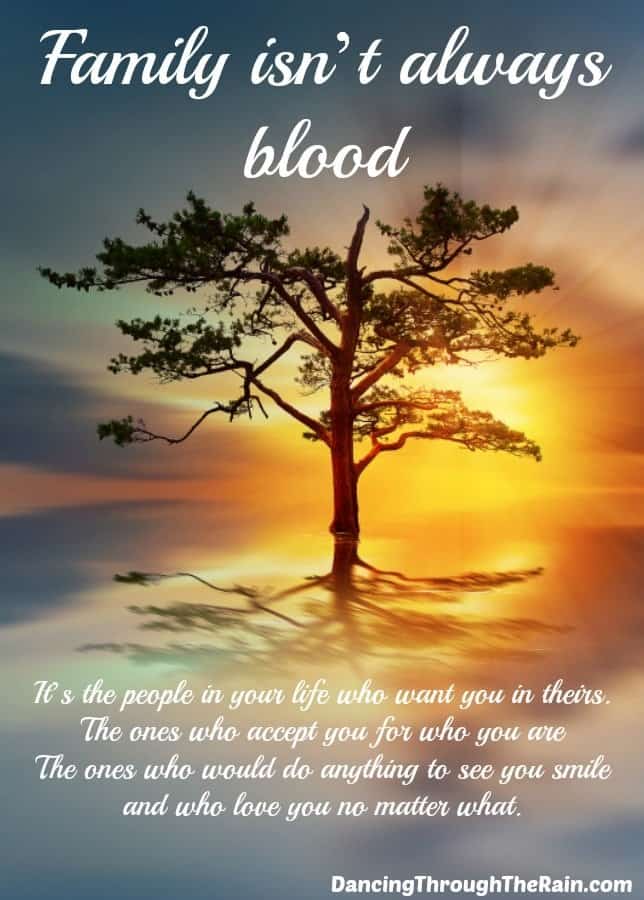 When you think of the word “family,” several images may come to mind. You may have snapshots of good or difficult experiences you’ve had with your own, or the pictures that many of us drew as a child – two adults, two kids, a box-house with a triangle roof, and maybe a pet. But further than the image of what “family” is, the word may evoke some intense emotions.

There is no perfect family, so you may be feeling the memory of difficult Thanksgiving dinners, beautiful moments of births or not having a connection with your biological family at all. The word “family” is a really powerful word, but it may mean more than you think it does.

The thing about family is that we think of it as set. We think of it as static and unchanging. And while biologically that may be true, the word “family” includes so much more than biology. Think of your frat brothers and sorority sisters. Think of the friends that you’ve had since birth. Think of those teachers who have had an impact and still cheer you on from the sidelines. There is a word that includes those deep, lasting relationships. The people that know you better than anyone else ever could. Those who come from a different bloodline, but would do anything to help you or guide you, as you would for them. They are family.

I have mentioned in the past that my husband and I met on the first day of freshman year of high-school. We remained friends for many years before we started dating and hung out with the same group of friends. To this day, this small group of friends is part of my family. It doesn’t matter how often I see any of them (which is rarely) or whether we are familiar with each other’s day-to-day lives (which we aren’t). What truly matters and makes us a family is that we would do anything for each other. I could call any of these people at 2AM and they would be on my doorstep within hours to help. I wouldn’t even have to tell them why – I would only have to ask. And the same holds true in the other direction. You call me and I will figure out how to be there.

I have a large, fairly-close extended biological family as well. We are sprinkled throughout the United States and only see each other (in total) at weddings, rare celebrations, and funerals. I love my family very much and I am closer to some members than others. This is not a dig in any way, just a fact. We are all closer to some people than others. But when I think about my extended “biological” family, we are not all biologically related. Some of us have been legally adopted in and others have been figuratively adopted in, joining in celebrations for years and being honored with the title of “uncle.” I couldn’t picture it any other way, and I know I’m not alone.

Think about that. Why would the people that we are closest to – our oldest friends and mentors – be any less a part of our family than those we call our “family” – who we may love very much, but don’t know us the same way. Without a title like “sorority sister,” it’s somehow tough to accept that family is fluid. It is really not about the blood in your veins, but the love in your heart. 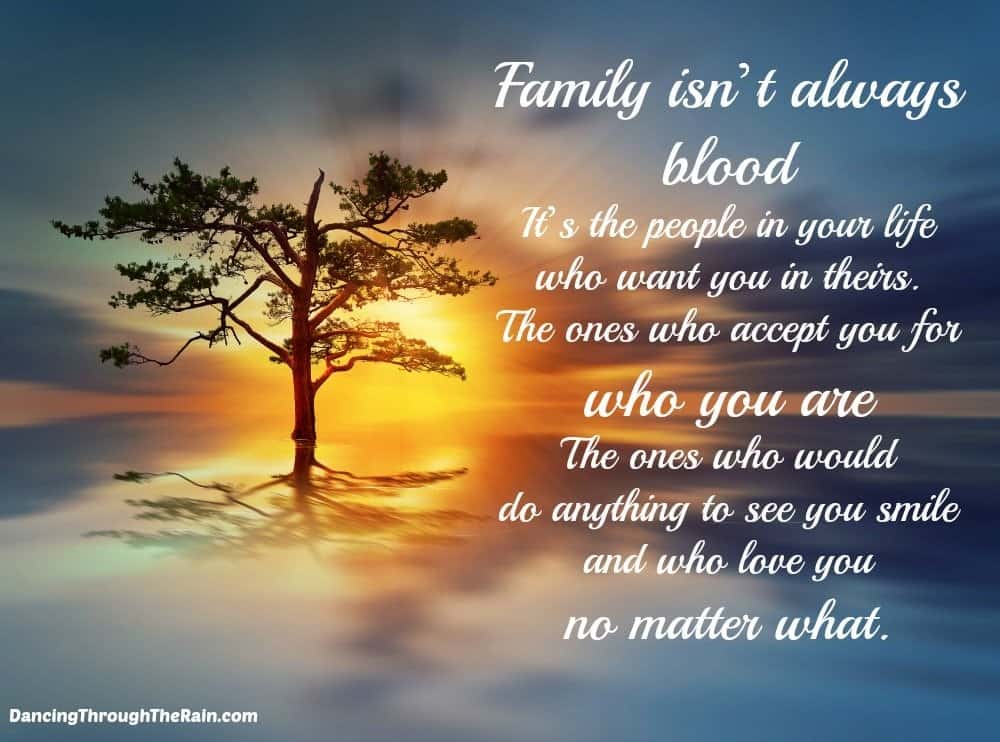 One of my friends from high-school is also my husband’s best friend. He and his wife are very good friends of ours and we have raised our children to think of each other as cousins. My children once asked how this uncle and aunt were related and we replied, they’re not, but they’re your family. They accepted it and that was the end of the conversation. No further discussion necessary! They love you, we love them, and that is the end of the story. They are permanent fixtures in our lives. So when I was talking to my daughter about choosing some friends for an event at school and she made it clear why she made her choices, I couldn’t help but smile.

With two classes in my daughter’s grade, the children are mixed up each year. She has a close group of friends, but her best friend was in the other class last year. They saw each other at recess and on playdates, just not as often as in years past. So when she had to pick four friends for an event, she chose her best friend and three other close friends. Apparently, some of the other kids in her class wanted to be included and mentioned that she should stick to the friends in her own class. Her explanation to me about this was, “Mom, she’s family. So of course I’m going to choose her.”

Family is not necessarily about being biologically related. Family isn’t always blood. In the end, it truly doesn’t matter whether you share the same mother, father or extended family. As you get older, you choose your family. Some of those people may be biological or not. Some of them may be people you grew up with or not. Some of them may be a family that you were married or adopted into or not. Family is fluid, family is chosen.

Family should be the people who know you and choose you, just as you choose them. Appreciate what and who you have in your life, regardless of distance or time or title. A chosen family is made up of all the people that are truly family to you. This is a good thing. It is a powerful thing. And it will help you go the distance.

Send this to a friend