This post is sponsored by Depend® Brand. All opinions and statements are my own. 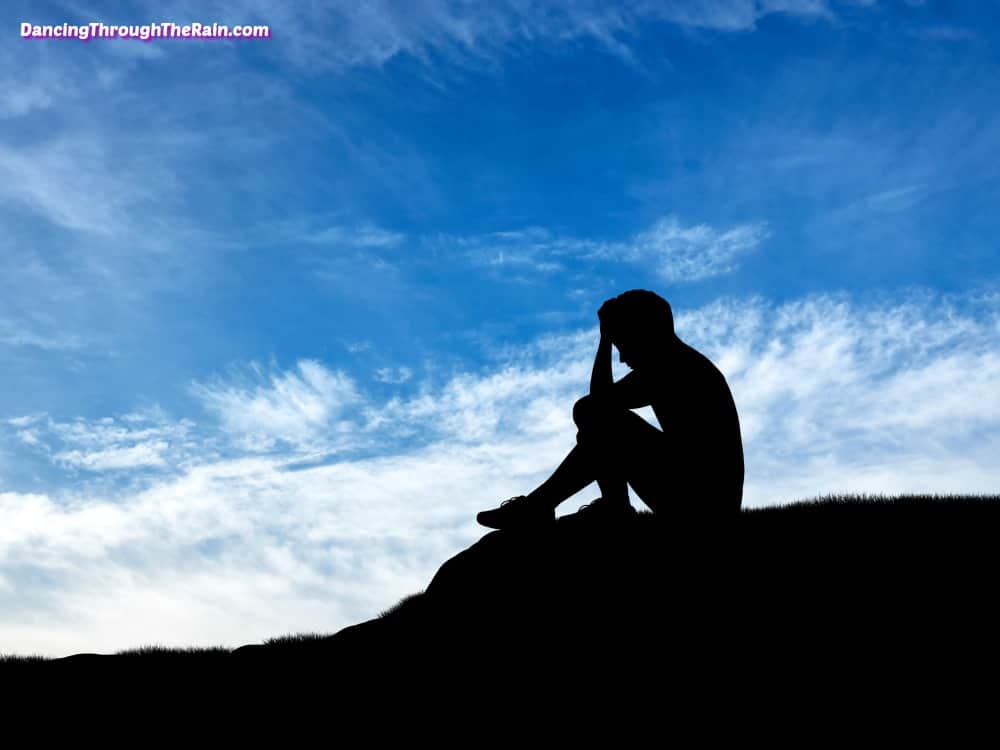 If you are an adult, there is no doubt in my mind that you can conjure up a time or two in your life where you were mortified. Where you were so embarrassed that even twenty years later, you still remember what happened, what you did, and how other people reacted.

Embarrassment is tough. Most incredibly embarrassing moments leave little (or big) scars on us that we take along through the rest of life’s journey. The memories may not impact our futures directly, but more likely than not, we have a constant “I’m not doing that again” takeaway. You change your future behavior because of that moment.

A few years ago, my husband and I took our two kids to see Wicked. We get a lot of theatre in Chicago, so my son had seen it before, but this would be the first time for my daughter. Being nine years old and knowing that it was a show I loved (and music she loved), my daughter wanted to sit next to me.

As most of us do before a 3-hour show begins, we stopped in the bathroom on the way to our seats. I have dealt with some incontinence since having my children, and while general leakage was improving, I was slowly learning that a new issue had developed. When I was not 100% focused on eliminating while going to the bathroom, I didn’t eliminate completely.

So here I was, making sure that I knew where my daughter was in the sea of people and bathroom 25 stalls, in a stall myself, and continuing the conversation with my daughter while using the bathroom (did you women know that guys don’t typically do this? I just learned!). We go to the sinks to wash our hands, and meet the boys outside to go to our seats. Normal practice in the life of a mom.

When we got to our seats, minutes before the show started, I sat in the middle of the row, next to my daughter. My husband and son were to the right of us, and there was a couple next to them before the aisle. We had just started flipping through our Playbills when I had this nagging feeling that I had to go to the bathroom again. I’d just been, and while I was realizing that I probably didn’t empty my bladder, the show began.

When a show starts, you stay in your seat. You don’t want to be the person who makes everyone get up and block the people behind you so that you can go to the bathroom. Which frankly, you should have done before it started. And I had, but here I was.

By intermission, I thought I was going to burst. I jumped over my family’s legs, asking if anyone needed to go as I ran up the stairs – as carefully as possible. Oh, and have I mentioned that because I was feeling pretty confident about my leakage, I was only wearing a liner? Yeah, it’s true.

In the 14 seconds it took me to get from my seat to the bathroom on the Loge level, a line of about nine people had formed. For a three-stall bathroom. Immediately in front of me were a mother and her child, who looked to be about 8.

So I stood there, as patiently as possible, waiting my turn. I never thought as an adult that I’d have such a definitive moment of that crossing-your-legs-need-to-use-the-bathroom child experience, but this was mine. I was literally crossing my legs and wiggling around trying not to have an accident.

It was horrible. My face was bright red, there was a child in front of me, who I couldn’t cut in front of – I’m a mother! The child had to come first… except I couldn’t wait. I knew that if I didn’t go right then, it was going to be a real problem.

I turned to the mother and daughter in front of me, apologized profusely, and asked if I could use the bathroom ahead of them. I’m sure that just the look of sheer desperation on my face won them over. I asked if the child had to go first because I couldn’t live with myself if I took her spot, but she said she was okay. Then I proceeded to ask every other person in the line (it was probably more like begging) if I could please go ahead of them.

I was mortified. Most of them looked at me like I was “that person,” but let me go ahead. One sympathetically said, “Oh, we’ve all been there.” She was my angel for the day.

I used the bathroom and then went to wash my hands, almost about to cry. I thanked every single person in line and apologized profusely, doing my best to hide my head while meeting their eyes.

Going back to my seat, I just hoped that the show would begin again soon. Of course, several people I’d interacted with in line were in the rows around me, so I did my best to keep my head down and only talk to my kids and husband. Thankfully, the lights went down and the show began again. I could hide through the rest of the show, knowing that my family was having a great time.

Looking back, there are several things I would have done differently. The old, “If you only knew then what you know now” situation, right? First, I would have tried to empty my bladder completely when I first went with my daughter. If I had, nine people standing in front of me in line for the intermission break would have been no big deal.

Second, I would have left for the bathroom immediately upon realizing I needed to go, and returned during a break in the music, when everyone was clapping. Annoying for others, but not that huge a deal.

Third, I would have worn protection. I don’t know what I was thinking, spending over three hours wearing almost nothing for incontinence. Now I would have worn Depend® FIT-FLEX® Underwear. It’s both discreet and comfortable, and I would have known that I had some real backup. That would have helped my desperation and anxiety for sure.

Embarrassment is difficult. It imprints in your mind and becomes one of the bullet-points of your life. Feeling mortified and overwhelmed can really be painful.

Here’s the thing though – you survived it. You got through that embarrassing episode and you’re out on the other end. That moment doesn’t have to define you and it hasn’t finished you.