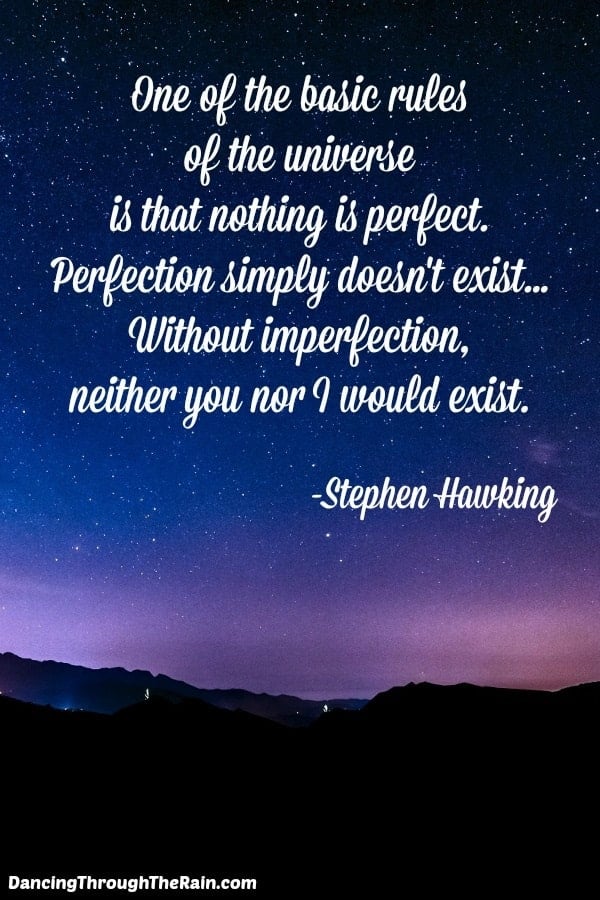 With the passing of Stephen Hawking last week, I want to take a moment to raise a glass and honor his life. Stephen Hawking was a world renowned theoretical physicist who inspired millions, both with his work and his battle with ALS. Whether you have read his book, A Brief History of Time, watched the movie about his life, The Theory of Everything, or have just heard about him through the years, chances are you are familiar with some of his scientific theories and personal life.

When you have read about Stephen Hawking, you may have been blown away by the staggering numbers of articles, commentaries, and reviews on both him and his work. There is much to sift through and it is all fascinating, but when you get right down to who he was as a man, I have heard two things over and over. Stephen Hawking was unendingly curious and hysterically funny. After all, he chose to pass on Pi Day.

Below are some of my favorite Stephen Hawking quotes and appearances. Here is to a man who will keep us wondering and looking at the stars.

“Remember to look up at the stars and not down at your feet. Try to make sense of what you see and wonder about what makes the universe exist. Be curious. And however difficult life may seem, there is always something you can do and succeed at. It matters that you don’t just give up.” – Stephen Hawking

“Life would be tragic if it weren’t funny.” – Stephen Hawking

“Intelligence is the ability to adapt to change. ” – Stephen Hawking

“People won’t have time for you if you are always angry or complaining.” – Stephen Hawking

“The past, like the future, is indefinite and exists only as a spectrum of possibilities.” – Stephen Hawking

“Science is not only a disciple of reason, but, also, one of romance and passion.” – Stephen Hawking

“My advice to other disabled people would be, concentrate on things your disability doesn’t prevent you doing well, and don’t regret the things it interferes with. Don’t be disabled in spirit as well as physically.” – Stephen Hawking

“One of the basic rules of the universe is that nothing is perfect. Perfection simply doesn’t exist…Without imperfection, neither you nor I would exist.” – Stephen Hawking