Bravery Is Not The Absence Of Fear; It Is Being Afraid And Doing It Anyway. 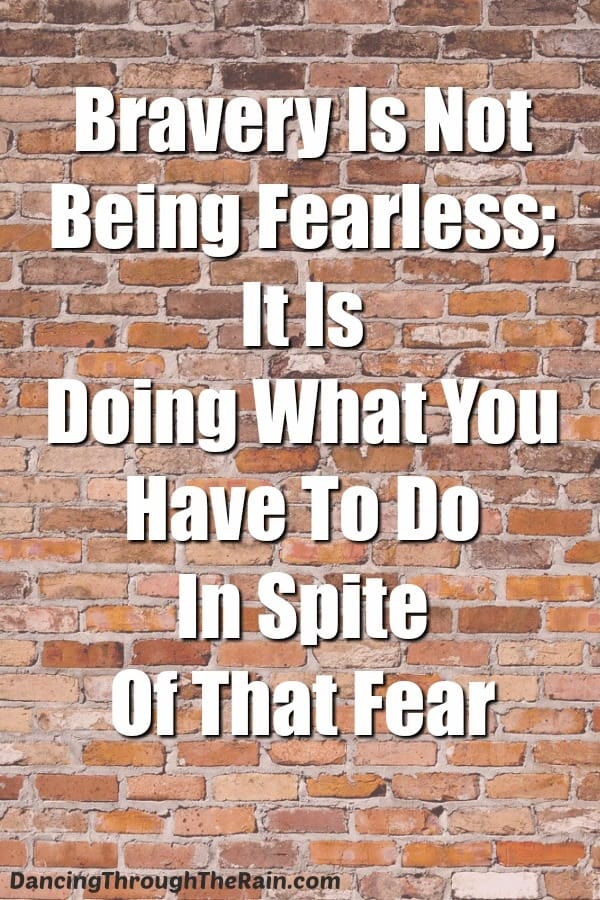 Bravery Is Not The Absence Of Fear

When you think of the word “bravery,” you might conjure images of Sleeping Beauty’s prince fighting Maleficent as a dragon or Anna approaching Elsa’s ice castle in Frozen. These images give you the feeling that bravery is something that happens because these people are strong – and that maybe it is nearly unattainable because your examples are cartoon fairy tales.

While that is true, these images leave out one very important element: fear. Bravery is not the absence of fear, it’s being afraid and doing what you have to do in spite of that fear.

Great historical figures like Rosa Parks, Nelson Mandela, and Martin Luther King Jr. changed this world with their bravery. They made decisions that would impact the world going forward – the world that we live in.

If you put yourself in their shoes for a moment – think about how they must have felt. In the moment that Rosa Parks refused to give up her seat, I can only imagine the fear that she must have realized. And if not on that day, then certainly on days leading up to that one. Yet, her refusal (as well as several other’s refusal over time) and her bravery in spite of that fear has led to some of the most amazing events, people, relationships, and children that we will ever know.

Being a brave man or woman doesn’t necessarily mean that you have fought in a world war (although it certainly could) or done something physically with a sword and a shield like King Arthur. An act of bravery often means doing the right thing in real life; a courageous act in the face of fear.

I certainly wouldn’t compare myself to those that I revere so highly, but I do believe that we all have moments of fear and bravery that we have to face. I am needle phobic. Even writing the words makes me uncomfortable!

I have been this way as long as I can remember and it hasn’t been the easiest path. The only way that I can describe it is if you think of your most irrational fear (clowns, birds, spiders, etc.) and envision the most intense fight or flight reaction due to it – that was me as a child. My mother would have to pin down my arms and legs (holding me in her lap) in order for me to get shots or blood tests until I was far too old to be in her lap.

When I was in college, I remember asking my grandma to come with me for a blood test and they had me lie down on a table while she held my hand – all the time the perspiration and panic rising.

Over time, my needle phobia has become a joke of my universe. When I was 19 I was diagnosed with a thyroid disorder. It has always been a little wonky, so I have to have blood tests every 3-6 months.

When I got pregnant, I had gestational diabetes (with each child) and had to test my sugar five times per day. I have also had a few surgeries and various other medical tests that have led me to IV’s and various interactions with shots and tests. And I’m needle phobic. 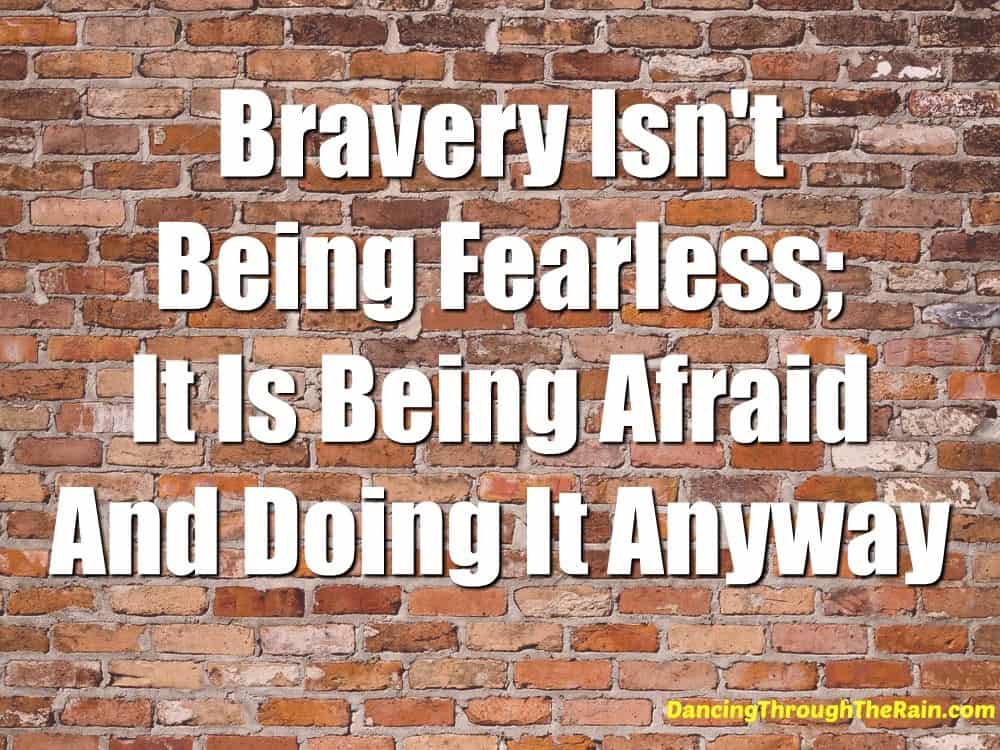 The day my doctor told me that I had gestational diabetes, I didn’t leave the house for a week. I stayed home and cried, didn’t answer the phone, and watched television. I had no idea how I was going to get through this, poking myself in the fingers 5x per day for 12 weeks. (I know that many of you reading live in this situation daily – and you have my utmost respect! I’d have happily taken your irrational fear of clowns for those 12 weeks if you’d have wanted to trade irrational fears.)

After about a week, I made a decision. This baby was the most important thing to me – more important than my fears, my fingers, my past experiences, or anything else. And that was it. I had to take appropriate action because the only thing that mattered here was this baby.

I would cry and jump a mile while poking my fingers, but I started doing it. I had no choice and it was the right decision for my baby. So regardless of what stress it would put on me, it was my job to de-stress as much as possible (for the health of the baby) and get this thing done. It wasn’t easy for a single day of that 12 weeks (or during the next pregnancy either), but I did it. I was terrified, but being brave had become my job.

Since my thyroid was never stable, I had to get my blood tested multiple times per year after my pregnancies. And since my kids were so little, they had to come with me. The last thing I wanted was for THEM to be afraid of needles, so I refused to let them see me panic.

I began to deep breathe in the car on the way to the test and did everything I could to preoccupy myself until we got into the actual blood test room. My kids sat on an exam table in the room and I sat in the chair. I covered the half of my face that would have seen anything to do with the blood draw and tried to tell my kids a story. I would sweat, but I wouldn’t cry. I couldn’t. This was for them, and while there was no lack of fear, I had decided that the fear stops with me.

Eventually we’d get home and I’d excuse myself to the bathroom for a few minutes. I cried, I shook, I let the panic hit me, and then I’d go on with my day. Some people might not think that these were good skills I was developing, but I’m a human being, and I had to get through everyday life and these difficult times without injuring my kids.

My battle with my irrational fear is certainly not life changing in a global way, but I hope that it is life changing for my children. I do not want them to develop a fear because their mom is afraid. I can’t do them that disservice. They will have enough challenges in their lives, they don’t need mine as well. So I found my bravery. It is still not easy – and likely never will be – but it has gotten a bit easier because it has had to. You have to do what you have to do.

What You Can Do

I hope that you can find the bravery in your life. Think about what truly terrifies you and see what baby steps you can make.

Have you always wanted to climb a mountain? Own the fear, know that you’re scared and try a bunny hill. Have you recently divorced and are afraid of dating? Meeting up for half-an-hour coffee with online matches might be the right way to go (even if your heart is pounding!). The more you meet, the easier it will become. And if an actual date is way too big a leap, call a friend that you haven’t talked to in awhile and invite them out for coffee. Get in the habit of moving out of your comfort zone. Baby steps become bigger steps.

What do you feel like you’ve conquered or taken baby steps toward? I’d love to hear your stories – they’ll help empower all of us!