If you set yourself up for success in any area of your life, luck is more likely to follow. The truth is, luck does favor the prepared. 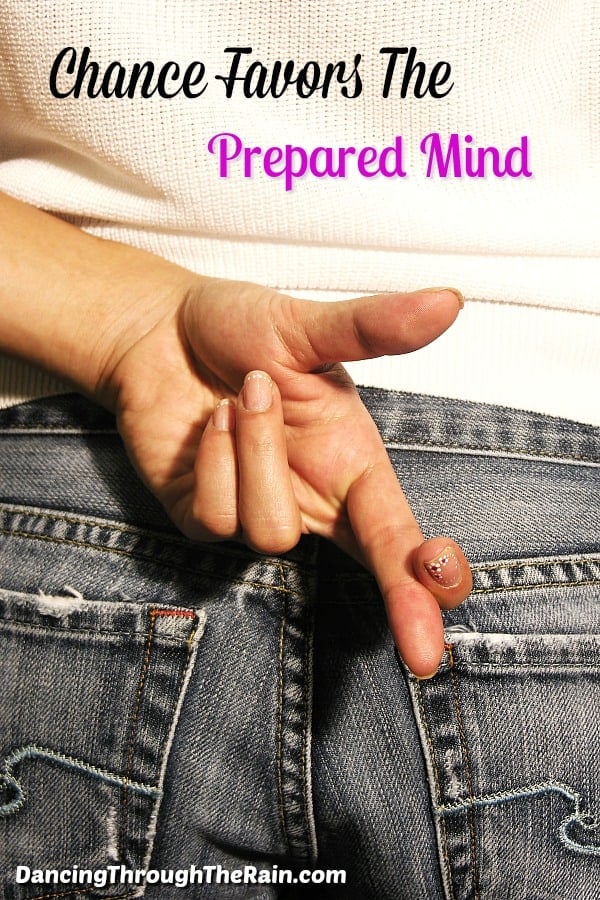 Have you ever met someone and thought, “Wow, that is a lucky person. Everything always goes their way”? It’s as if good fortune follows them from their first step to their last, whether they are dealing with no issues driving during winter storms or finding the last package of toilet paper at the grocery store.

But have you ever wondered whether they just have good luck or they’ve planned for it? Whether they first dashed to seven different grocery stores and found one package or did it just fall in their lap?

What Was That Quote?

When you prepare yourself for life, chances are often in your favor. (And yes, I’m also thinking of Hunger Games’ Effie Trinket saying “May the odds be ever in your favor” right now because – how can’t you?)

That does not mean that you will be the luckiest person in the world, but it does mean that if you put yourself in a position for success, luck is likely to be on your side. And that’s good news (unless you’re in the Hunger Games).

So let’s talk about this a little more in-depth. I truly believe that opportunities fall in your lap and that it’s up to you to see them for what they are. That said, if you’ve prepared yourself for anything that might come, you’re more likely to be able to jump at that opportunity than have to pass on it.

The most obvious example is that of schooling. Not every area of employment requires advanced studies and others require extensive degrees. Knowing what might be expected of you on the career path you choose is important.

(And yes, if you are a fan of The Incredibles, you might just remember Edna Mode telling Elastigirl that luck favors the prepared – so there are a diverse line of jobs that it benefits.)

It depends on what you are looking for from life, and we all reach that crucial point. It doesn’t matter where you’ve started though, you can pivot as often as is necessary.

Most of the people who won the Nobel Prize or solved major problems for their community and got honored locally never started with that as the goal. They just prepared themselves for exactly what they wanted to accomplish and followed where the path took them.

When you have new problems, you work your way through new solutions relying on the hard work you’ve done in the past.

Make Your Own Luck

When I went to college I first majored in theatre before moving over to psychology. I have several friends who make their living as actors and crew – some who have their degrees and others who never finished. It wasn’t necessary.

They had natural skills and they were prepared for any important role that might be asked of them. The first time the opportunity to work arrived, they jumped in with both feet.

That said, many other career paths do require further education. Knowing that piece of information will put you in a much better position to be successful.

Every situation will require its own skillset, so be sure you know what you’re getting yourself into, even if there is an uncertain future.

If further education isn’t for you, go learn a trade. Go to bartending school or apprentice with someone who owns their own construction company. Be the hardest worker that they’ve ever met. Don’t let yourself get stuck, because if nothing changes, nothing changes.

Kevin Costner has made statements about how you don’t need to be the smartest or most handsome person in the room, but you should never let anyone “outwork you.” When people see that you are prepared and driven, opportunity often knocks.

To be clear, this doesn’t only apply to employment. Being prepared for relationships, major purchases – really anything – will put you in a better position for luck to find you.

When I met my husband, we were 14 years old. We met on the first day of our freshman year of high school. There was always something special between us, and we even dated for two months before we broke up (we were only 14), but we remained friends for ten years.

We each dated other people and had several serious relationships along the way. When I moved back to Chicago after college, we had a conversation about trying a real relationship and the rest is history.

I have always felt that it was lucky that we met. Lucky that on that first day of freshman year, we were in seven out of nine classes together. Lucky that we’d remained friends for all of those years.

What we learned in the interim though, was what we wanted out of a partner and what we didn’t. What we would accept in a relationship and what was a deal breaker.

I’m not sure what would have happened if we’d been together since we were 14, but I don’t think it would have turned out like this. That wasn’t what our story was meant to be and luckily, when it was our time, we found our way back to each other.

Being prepared is empowering in and of itself. Find the confidence to know that you can do it. Pretend you are a chess piece preparing for its next move.

I believe that we are each a force to be reckoned with in our own individual way; And if you feel that fire to learn and work hard, chance will favor your preparedness. 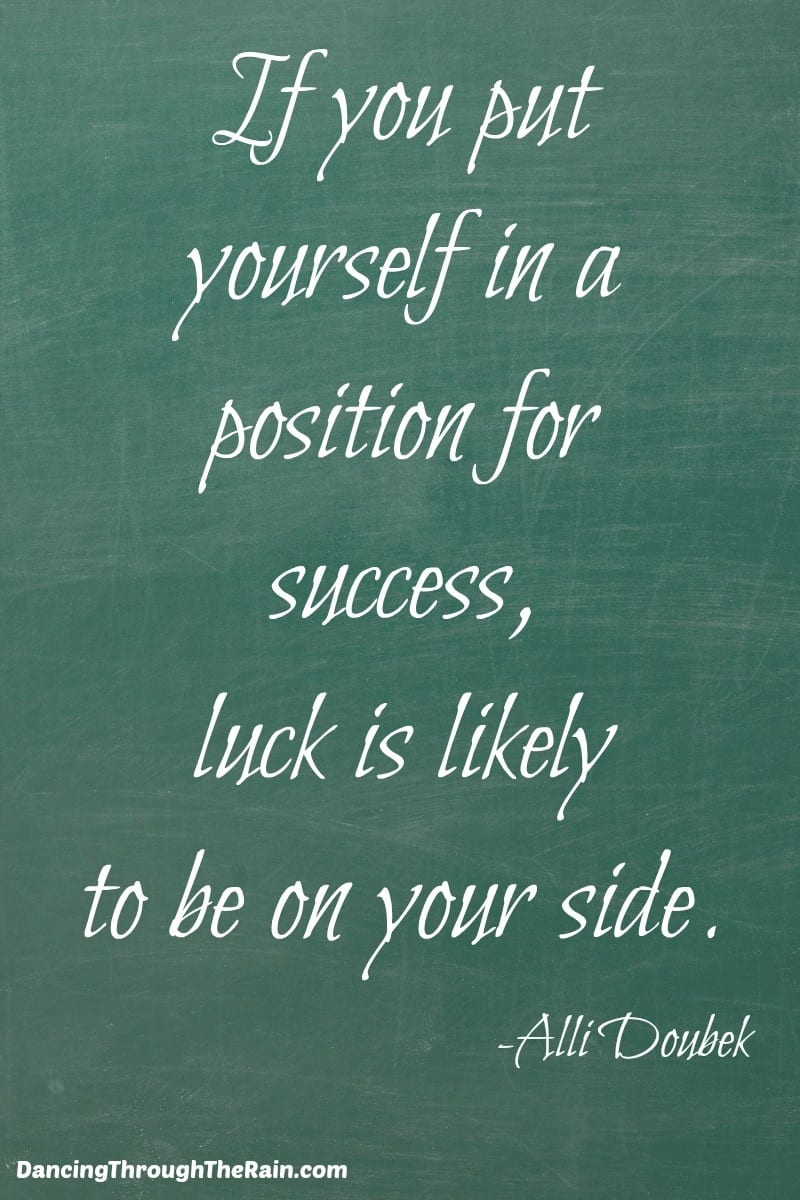 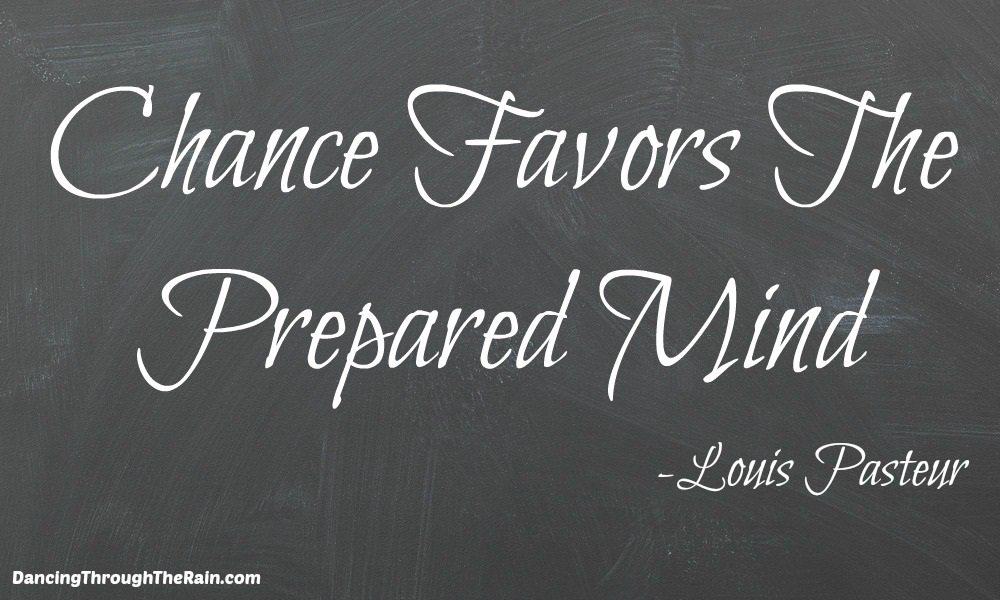